As climate change makes the desert nation hotter and drier, and a growing economy uses more water, the United Arab Emirates is giving $5m to researchers finding ways to wring more moisture out of clouds

On a winter morning in one of the world’s driest and most water-stressed countries, meteorologist Sufian Khaled Farrah watched on the Doppler radar screen as a cold, wet front scudded across the Gulf – and quickly called air traffic controllers.

Over the next 15 hours, six twin-engine planes took off from an airfield in Al Ain, on the eastern edge of the United Arab Emirates (UAE), and flew repeatedly into the clouds, firing off 162 flares loaded with tiny particles of potassium chloride and sodium chloride – table salt. By the end of Farrah’s shift at the National Centre of Meteorology and Seismology, a light drizzle was falling across much of the UAE. Farrah had made it rain.

With the Gulf region confronting an even hotter, drier future under climate change – potentially testing the limits of human endurance – the UAE’s leadership is hoping to secure the country’s water supply by wringing more moisture out of the clouds.

The UAE this month launched an international research prize for weather modification, awarding a first tranche of $5m to researchers from Germany, Japan and the UAE.

“There are many techniques to secure water resources,” said Masataka Murakami, of Nagoya University’s Institute for Space-Earth Environmental Research , who will lead one of the research teams. “But only precipitation enhancement can produce a lot of water for industrial use, irrigation etc cheaply.”

Such claims hold a lot of promise for the UAE. The country receives less than 100mm rainfall a year, and much of that is lost to evaporation because of extreme heat. Winter rains, like the one Farrah was involved with, are especially rare.

But the country – despite having such natural scarcity – is also one of the world’s biggest per capita consumers of water.

Farmers still rely on flood irrigation, pumping out so much water the ground is sinking in some parts of the country.

Over the next three years, Murakami’s team will deploy sensors and algorithms to identify the most promising clouds. A German team, led by Professor Volker Wulfmeyer of the University of Hohenheim , will study how winds and topography affect cloud formation and movement. Linda Zou will lead a team of researchers from the UAE’s Masdar Institute of Science and Technology using nanotechnology to increase water condensation within the cloud.

Other options under consideration by a water-strapped government include boosting the efficiency of the desalination plants that produce fresh water from the sea, importing icebergs and water trading. But weather modification historically has been the favoured course.

Since the 1990s, the UAE has invested heavily in weather modification operations, working with Nasa and private US companies to try to boost rainfall and replenish dwindling groundwater supplies. 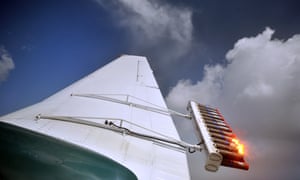 On good days, the cloud-busting operations manage to squeeze an extra 15% of rainfall out of the clouds, Farrah said. The country’s record was 35% above the expected rainfall, he said.

“It is expensive but compared to desalination plants it is very, very cheap,” Farrah said.

However, those numbers could not be independently verified and are much higher than those recorded by scientists engaged in weather modification operations elsewhere.

Murakami said that with additional research such operations could prove even more productive.

“The work we do today isn’t like the old cloud seeding. This is more advanced, and more involved in finding solutions in the way that nature works,” he said.

But water experts remain unconvinced. In the 60 years governments and private companies around the world have been trying to alter the weather, it is still impossible to conjure clouds from a clear blue sky. And there is no reliable way to gauge the effectiveness of their operations – since those clouds might have produced rain anyway, scientists said.

“Weather modification is a pretty sketchy option anywhere but it is really hard to wring moisture out of the atmosphere when it isn’t even there,” said Peter Gleick, a US water scientist and founder of Pacific Institute in California, who was invited by the royal family to deliver a lecture in Abu Dhabi in 2011.

The UAE poses its own particular challenges, said Roelof Bruintjes, a weather modification expert at the National Centre for Atmospheric Research in Colorado.

Bruintjes spent four years trying to increase the rain potential of the UAE in the early 1990s, using radar and aircraft. But researchers found that the clouds were to some extent already being artificially stimulated by dust from the surrounding desert, and pollution from the oil industry. As the researchers soon discovered, there was little more moisture to be wrung from the clouds. “One of the things that we found was that, in general, it’s hard to modify those clouds,” he said. “It’s already being seeded naturally.”

Bruintjes said he was “doubtful” that a new generation of researchers would be able to crack open the clouds. But he added: “let the science take its course. Maybe they will find something we didn’t.” And he went on, the UAE does not have a lot of options.

By mid-century, the country will be desperately short of water, and the costs of running the desalination plants to secure its supply are already prohibitively expensive.

The plants, powered by fossil fuels, suck up huge amounts of sea water and energy, accounting for about 20% of the country’s entire electricity supply.

With oil prices below $30 a barrel, and the UAE reduced to a net importer of gas because of rising domestic use, the authorities acknowledge dependence on desalination plants is a luxury even oil-rich Gulf countries can no longer afford.

“Our arid climate makes us dependent on energy-intensive desalination,” Dr Sultan Ahmed Al Jaber, the UAE special envoy for energy and climate change , said in announcing the award. “This is not sustainable nor is it desirable.”

The country is building six desalination plants including a pilot project at Ghantoot that will seek to cut electricity use by 25%. Masdar, the state-owned renewable energy company that owns the Ghantoot project, is looking at powering the plant with solar energy, instead of oil and gas. 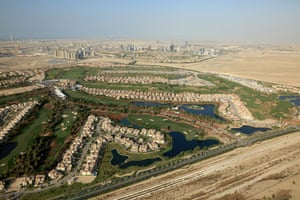 uch energy-saving moves are critical to an increasingly water-stressed future, said Dr Nawal Al-Hosany, Masdar’s director of sustainability . “When it comes to desalination it is a very expensive exercise,” she said. “We are trying to work with our partners to find innovative ways to improve the efficiency of our desalination plants.”

The UAE is also moving – slowly – towards conservation. Abu Dhabi this month for the first time began charging Emirati households for water use, and raised fees on expatriates.

A number of hotels have began reusing water for flushing toilets and landscaping. There are plans to expand water reuse.

But it would take a lot more than some some fat rain clouds and the sporadic embrace of water conservation to guarantee the UAE’s water security, Gleick said.

“They have very little water. They can make as much as they want from the Gulf – but that’s at a high cost,” he said.

It was time, he said, for the UAE to have a “serious conversation” about what they were really using their limited water for. “They are in a really tough spot.”