A research report out this week casts doubt on the true payoff of some home energy improvements. Will the energy-saving investment provide a worthwhile return?

It can depend on which experts you talk to and exactly what improvements are made, under which conditions.

For starters, switching to LED lightbulbs or shutting off power strips are some easy ways to save money and energy.

In 2007, Questar Gas began offering rebates for things such as upgrading furnaces, water heaters and driers.

As a result, 1 in 4 customers has taken measures to save natural gas, said Darren Shepherd, a spokesman for Questar. 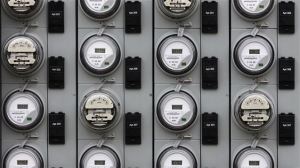 Since implementing its measures in 2007, Questar customers have saved 5 million dekatherms of gas annually, which is enough to supply 65,000 homes a year.

“There’s significant savings that have occurred since 2007,” Shepherd said.

Shepherd said the gas that is saved means the company does not have to buy it on the open market.

“By reducing demand, it’s a benefit really for everyone across the board,” Shepherd said. “Because so many have taken advantage of the program, we haven’t had to buy as much gas as before.”

And technology is only getting better.

When Questar started its program in 2007, it was difficult to find high-efficiency water heaters. Today, such water heaters are the minimum standard.

To keep up with technology, Questar reevaluates its rebates every year.

Rocky Mountain Power applies 3.6 percent of bills directly to energy efficiency services. That money is used to give incentives and find ways for businesses and homes to be more energy efficient.

“Energy efficiency programs we find we are getting a lot more return than that 3.6 percent,” Murphy said.

The programs are evaluated by the Utah Department of Public Utilities.

The study says conventional wisdom suggests that energy efficiency policies are beneficial because they induce investments that pay for themselves and lead to emissions reductions.

However, this belief is primarily based on projections from engineering models.

The researchers conducted an experimental evaluation of the nation’s largest residential energy efficiency program using a sample of more than 30,000 households.

The study says many improvements, such as replacing windows, may not actually offer a good return on investment.

Mitch Richardson, a senior energy analyst for Survey and Testing Services Inc., said it depends what the money is spent on.

“Like a lot of things, it depends,” Richardson said. “Windows are kind of a tricky improvement to make.”

Savings depend on what the homeowner is starting with.

For those with single-pane, aluminum-framed windows, there will be a return on investment.

A lot of door-to-door salesmen will push windows, because they are the biggest, most expensive home improvement.

However, such an upgrade is not needed if the building already has double-paned and wooden- or vinyl-framed windows.

“Don’t upgrade them,” Richardson said, “you won’t get your money back in your lifetime.”

Dianna L. Gethers, Building Energy Efficiency Program Specialist for the Utah Governor’s Office of Energy Development, took issue with the study because the home improvements went beyond energy efficiency and most were for health and safety needs of the occupants.

“If you have no insulation,” Gethers said, “you have birds coming into your home.”

Most of these efforts work, such as Utah’s energy conservation plan, which Gov. Gary Herbert approved in 2014, she said.

“We’re one of the only states that have those in place,” Gethers said.

There are a number of low-money, high-value fixes Richardson recommended, such as making homes more airtight.

“For a few bucks of caulk and some labor, you will save a lot of money,” Richardson said.

He also suggested upgrading to compact fluorescent or LED lights.

Along with such suggestions, Murphy recommends keeping air conditioners at 78 degrees in the summer.

For those putting money and effort toward energy efficiency, along with air sealing, Richardson recommends ensuring that there is 14 inches or more of blow-in insulation in the attic.

When installing a new furnace, look for one that is at least 95 percent efficient

“You are racing it all the way up to the top, and then it stops,” Richardson said. “If it is turning off and on all the time, then it’s not as efficient.”

For those looking to improve existing homes, people need to realize that efforts can only go so far.

“You can make old places more efficient, but on old houses, you get to the point of diminishing returns very quickly,” Richardson said.

The biggest savings can come in new construction.

“Building a new home from scratch,” Richardson said, “you can do a lot of things that way.”

The Utah Governor’s Office of Energy Development is looking to add more efficiency efforts to the 2015 building code, which will require homebuilders to use more energy efficient materials in construction, which would add dramatic energy savings to consumers.

“I think it’s a cost-benefit not only for the homeowner,” Gethers said, “but you are saving energy, which is great for everybody.”

The new code would include 25 measures to improve efficiency, such as requiring homebuilders to implement more energy efficient materials and appliances into their projects.

However, in the past, homebuilders have fought energy improvement additions to the Utah building codet, Richardson said.

“New consumers don’t know better,” Richardson said, “so why put in something that makes a difference?”

For those looking at new homes, Richardson recommends looking for an Energy Star label.

There are benefits to buying the energy efficient homes, not just for savings, but for comfort and the structure will last longer.

“A lot of people have it in their head that an energy efficient home will be less comfortable,” Richardson said, “when it will just be the opposite.”